The Lovely Interruption of Spring

We had a beautiful spring here in Northwest Ohio. It was last week, in case you missed it. 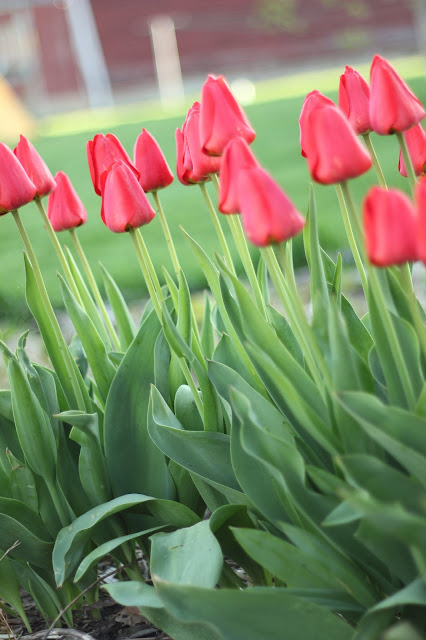 We had some lovely moments together, Spring and I. 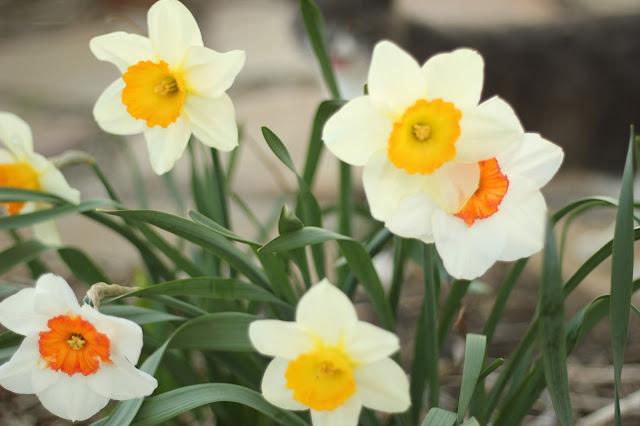 Those moments were usually interrupted by children, or laundry or a dog that has discovered the newly plowed field behind our house. 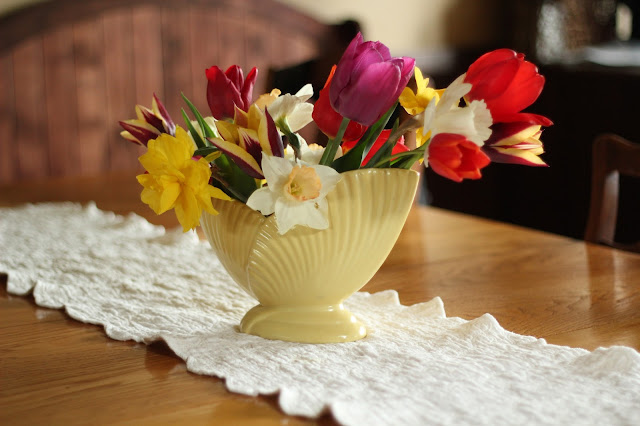 You shake your head. You roll your eyes a little. What is Honour's problem?  Doesn't she know that the loveliest moments of life are found in those interrupting children? In serving her family? In yelling her dog back into her own yard? 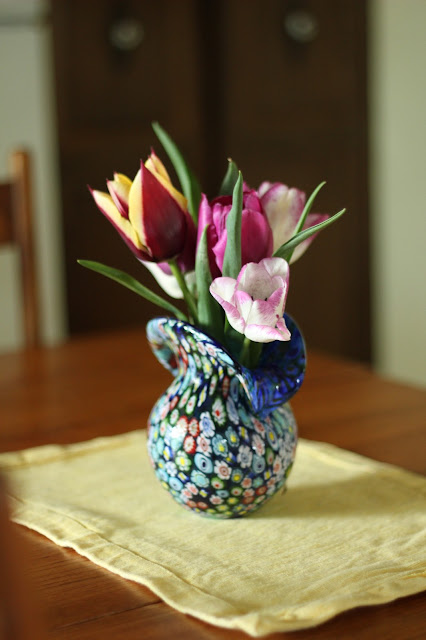 Well, yes, Honour knows all that.
Honour even tries to embrace those lovely interruptions.
Don't go packing Honour's case for a guilt trip she doesn't need.

Spring ends quickly. On the calendar, Spring lasts from March 21 until June 21.  But most of that isn't spring.  The first six weeks of that time is merely Winter winding down.  It is muddy,windy, rainy (but only if we don't need precipitation; brown and bare if we do).  Balmy one day, freezing the next.  Too cold for a jacket, too warm for a coat.  Those first six weeks of calendar "Spring" are like the last 30 minutes before a toddler's nap: nothing pleases her; she needs a drink, she needs a snack; she feels hot, she wants a blanket; she's tired but wired; whiny and whimsical in turns, but since she doesn't like taking turns, she's mostly whiny.
Nap time eventually comes, and so does Spring.
For a WHOLE beautiful week - two if you're really special - everything is blossoms and buds.

What do you like better - promising buds or full-blown blossoms?  The anticipation is exhilarating, but the realization of their potential is quite heady too.  It's rather like a theater production, don't you think? 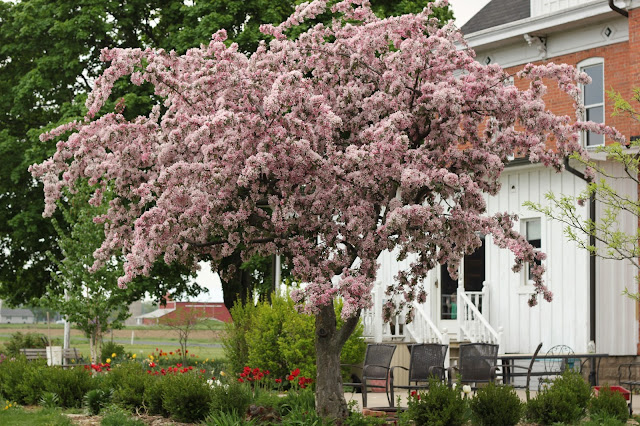 In all honesty, of the four springs we've lived here, I have never seen this tree quite so luxuriant in blooms.  As you can see by the arrangement of the patio furniture, we just sat around and stared at the pinkness. 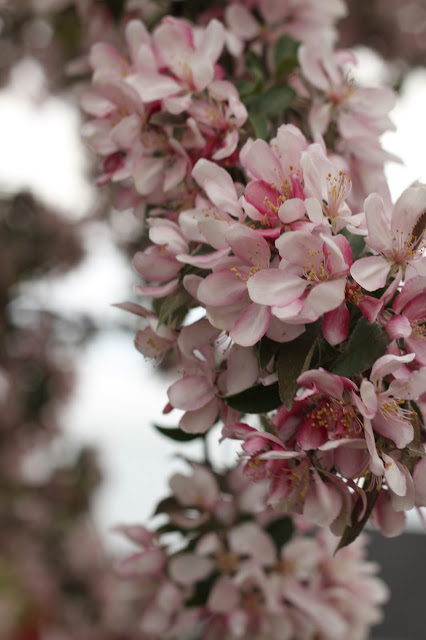 Just kidding. Maybe someone sat around the fire-pit in the pre-Spring coolness.  Maybe the dog had a party while we slept. Maybe the tree did a little Shakespeare for the varmints.  Maybe... 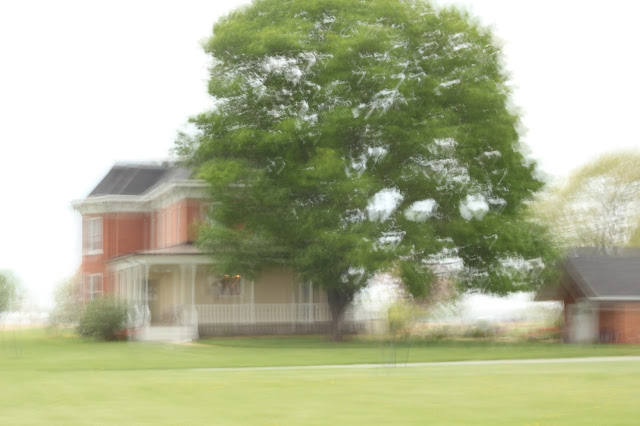 It is precisely because she knows the season is fleeting that Honour didn't mind ignoring her children, laundry and dog for a few minutes to just stare at the pretty flowers. Yes, she was contemplating the ephemeral season, but it also took a few minutes for the caffeine to fully awaken her brain to the commotions around her.  [And if you're going to ask how laundry creates a commotion, you're obviously lacking in imagination.] She doesn't mind much of anything in those first few sluggish moments of the morning. 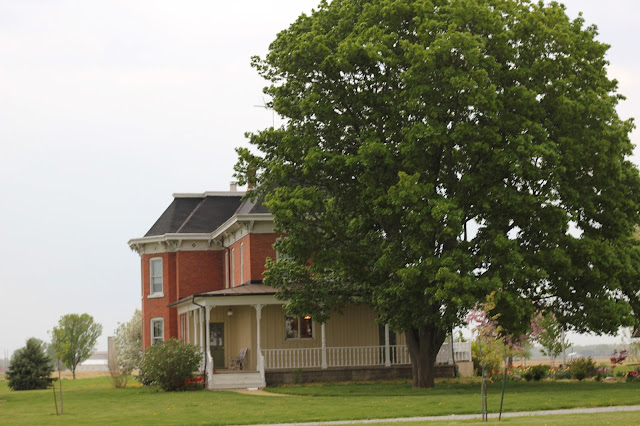 Anyway.
Spring has had her week of loveliness.  The tulips are wrinkled old ladies, well past their prime and missing most of their petals, although none of us have the heart to tell them that.  The daffodils seemed aware of their own decline and, shriveling upon themselves, quietly faded, without the fight of their sisters.  The ornamental and fruit trees exhausted themselves in performance and scattered their own flowers at their feet.  Maybe someone clapped, but none of us heard.
Now it is Summer.
We our wait for thunder storms and the calender to catch up.
Posted by Honour at 11:27 PM