So I ventured down to my basement grocery store to get ingredients for the evening meal.  My list:
Potatoes from The Man's garden plunder (stored in large plastic bins, I think maybe from our Christmas shrubs past).
2 # Beef from some relatives cow.

I found six inches of water in the basement, flooding anything stored on the floor, including The Man's Seed Potatoes.  I know he values his garden stuffs, even if he does store them on the floor, so I called him right away. He took care of the water (because he's a hero like that) while I watched YouTube videos with the kids.  Hey, I didn't want them to go swimming down there, which is naturally what kids would want to do, right? 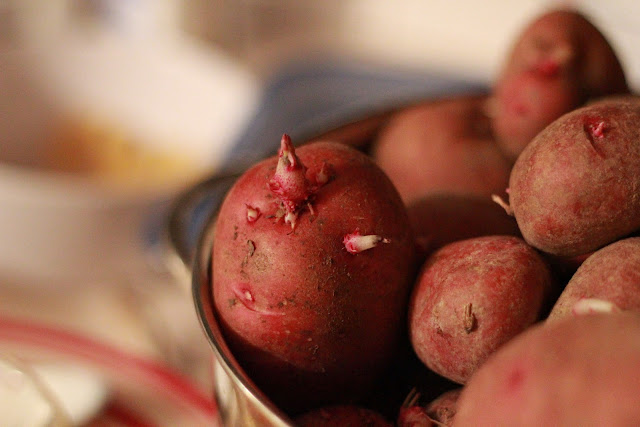 I am not sure what distinguishes a "Seed Potato" from a regular "Potato" except, perhaps, for the presence of "Eyes."  Does this mean they're alive?  Am I a hero for rescuing them from the flood or a villain for eating them? 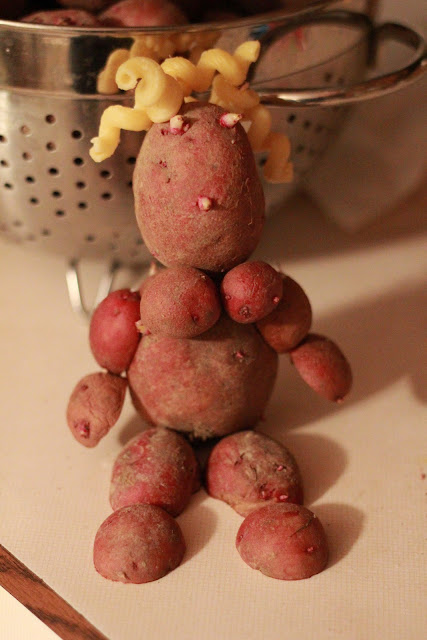 I call this Potato Nude. 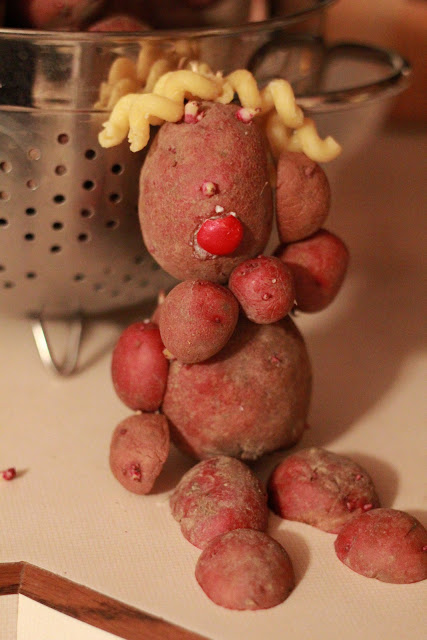 I think the lipstick makes her look a little trashy.  Plus, she has some serious dirt crusted on her skin(s).
So maybe it was OK to eat her.
Wait a minute.
Posted by Honour at 2:04 PM 2 comments:

Are you all ready?  Tonight is episode 2! [big grins all around.] It's back to the parentals for our little Downton Party.  I think I'll make some tiny cucumber sandwiches to nibble on - daintily - while I demolish the visual loveliness that is this miniseries.

So far, I have a few favorites.
Of course, I always have favorites.  With the exception of my own children, every set of anything (colors, numbers, egg dishes, sweatshirts, Seinfeld episodes, Billie Halliday melodies, vacations, tampons) presents an opportunity to choose a favorite.
My favorite Downton characters?

The grandmother who loves, meddles, protects and is always right, even when most assuredly wrong.

Enjoy tonight's show!
Posted by Honour at 6:34 PM No comments:

Leftovers. Surplus.  Extras. What to do with them?
Most of our table scraps go to the 9 cats (no, that is not a typo, we have NINE cats) that hang out on our back porch.  I am beginning to see the point to what Bob Barker and Drew Carey have been saying all along.  I didn't really think that we would ever have a cat over-population problem around here since most of our kitties committed suicide on the road before reaching sexual maturity (and the two that I thought were mating were actually brothers, not brother and sister, so I guess it was just innocent wrestling after all.)  But suddenly, the cats wised up about traffic, made babies and then invited the neighbor's cats to live here.  Now, with the leftover kittens and friends, we have nine very tame barn cats that think they live on the back porch eating scraps from our table.  No wonder our dog disappeared.
Anyway.
What about the other stuff that remains past its purpose?
Like... 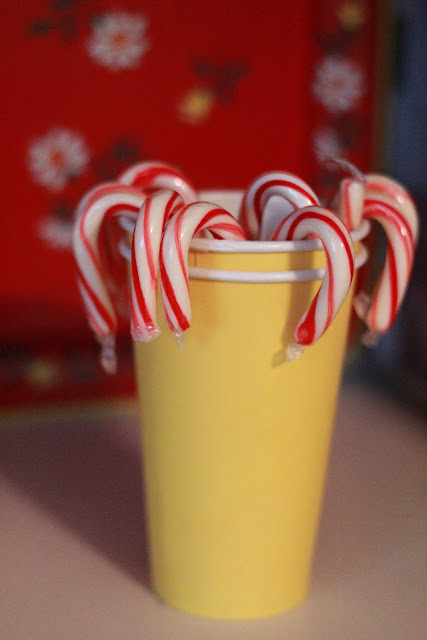 I have a cup of pretty candy canes left from Christmas sitting on the counter in my kitchen.  None of my children like them.  I don't know why I bought them, except that it seems to be the seasonal thing to do and I occasionally like one sitting in a cup of hot chocolate.  But most of these are left from Christmas 2010. And the newer ones are mixed in.  I should probably just pitch them out, eh?

OK.
Thanks for solving that question for me. 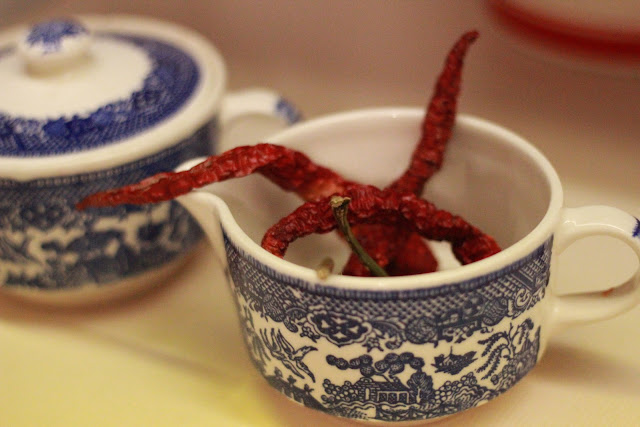 Also sitting in my kitchen. I dried them in the window sill.  Let's pretend it was on purpose.  Can I use them? Should I? For what?
Until you decide for me, I'm going to leave them in the entirely inappropriate setting they currently enjoy because I like the contrast of dark ripened red with the vintage blue.
And also because they remind me of a shriveled old woman's nose.
They're like a window into my future, I guess.

I still have more leftovers around here.

Leftover sickness.
The kind that hasn't bothered a child for three days until he is presented with a dinner that he does not enjoy.
"My appetite's just not back," he sadly murmurs as he pushes the plate away.
Well, I've disinfected the toilet and its surroundings too much this week to chance it.  That kid was excused from the table.

I guess I didn't need your help  with that.

What about these leftovers from this yesterday's afternoon? 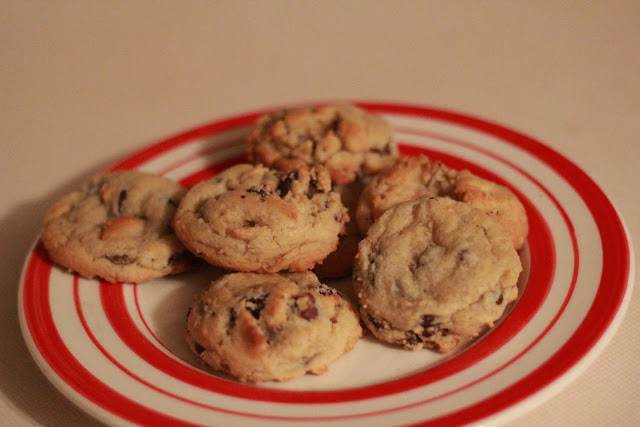 Oh, no worries. I figured out what to do with those.  It took a little help from the kiddos, but we got 'em sorted out.

What about chores left from yesterday? Or the day before maybe?  Like the clean laundry folded and piled on my dining room table?
OK. I know the answer.
Sigh.
I just wish it would put itself away.
Or that my sister could keep her intended visit (prevented by sick cousins on either side) because nothing whips me into a fury of tidiness like knowing I'll have a "drop in."

Or how about this entire post, left from last night when I was interrupted by The Man of The House who wanted to watch "that trashy show" (known throughout the rest of the civilised world as Downton Abbey)?  I quit typing and pulled up Netflix because I think he's feeling left out a little.  And I think he's trying to get caught up on season 1 so that he can join me on Sunday night at my parents' house to watch more of season 2.  Hey.  Maybe he can help me with my hair this time.  It's just so hard to arrange one's hair in a style leftover from the era of ladies' maids without, erm... a lady's maid. 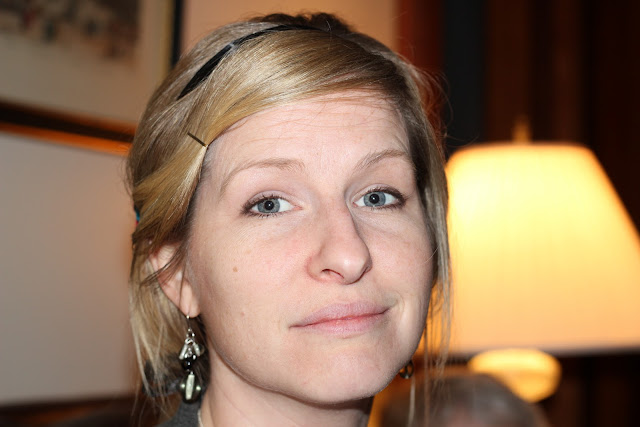 I guess I'll just spell check and publish.
That's what I will do with these leftovers.

Email ThisBlogThis!Share to TwitterShare to FacebookShare to Pinterest
Labels: leftovers

48 Hours Worth of Learning

Sunday's Lesson:
Pride comes before a fall.
Let's just hope it happens to me next time, not the baby.

Monday's Lesson:
If the doctor asks, "Oh, they just glued [the cut on baby's forehead]?" the correct response is "Yes." Not, "Actually, we fixed it with superglue."

Monday Night's Lesson:
If you're going to be awake all night with vomiting and diarrhea, Cormac McCarthy's novel, The Road, is not a good reading choice.

Tuesday's Lesson:
It doesn't matter if she is pale, weak and has barf-breath, everyone wants mommy.  The good news? Playing in mommy's bedroom while she is passed out in her bed is almost as good as having mommy actually take care of you.

I can hardly wait to see what the rest of the week brings!
Posted by Honour at 9:40 PM No comments:

An Official Scrapbook Expert once told me that you should "start where you are."  That is, begin with chronicling the present, do not first attempt to catch up all those years that you're behind in your photo albums.  Work on now, keep today up-to-date and then little by little - if you have energy remaining - go back and remember what has fallen behind.

I don't scrapbook anymore.
But I think it is advice that can carry over to blogging, right?

So, let's forget the last several weeks of my bloggity blog silence and just chronicle today.  Maybe tomorrow, if I have energy remaining, I'll give a presentation of our just-passed Christmas Break.

Today something incredible happened.
I created a lengthy to-do list.
This is not that unusual; I love lists, and I always make them way too long.

Today's List included typical near-the-end-of-the-week stuff: laundry, cooking, bathrooms, dusting, sweeping, blah, blah, blah... Today's List also included holidays-just-past stuff: move the Christmas Shrub to the porch, carry boxes of ornaments to the attic, gather up all the Christmas books and nativity scenes, etc. etc.  To state the obvious: Today's List was too long.  By 10:30 AM (half-way through my most productive hours) I had only checked one item off.  Incidentally, that item was already complete when I made my list.  List confession: sometimes I purposefully include tasks that have already been accomplished just so I can have at least one check mark. 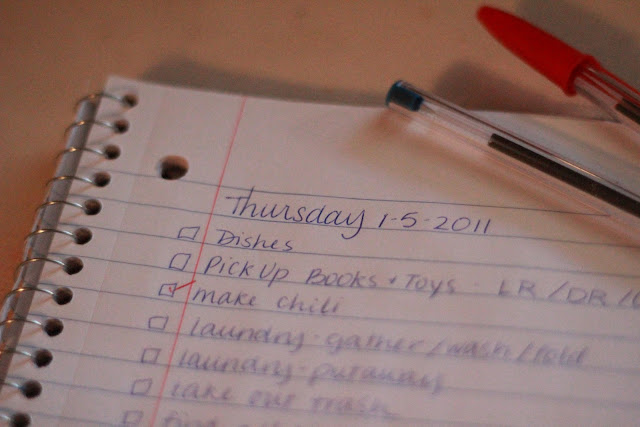 In all forms.
But I digress.

Back to Today's List:
It's done.
Full of checks.
Incredible.
Hey, that wasn't digressing after all.
I {heart} checks.  On lists. In the mail. Tiny little checks on tiny little dresses.  Big "buffalo" checks.  I {heart} them all.

And I {heart} typing {heart} instead of finding a little symbol to show my affection.


I think I need a fancy pair of shoes to click in celebration. 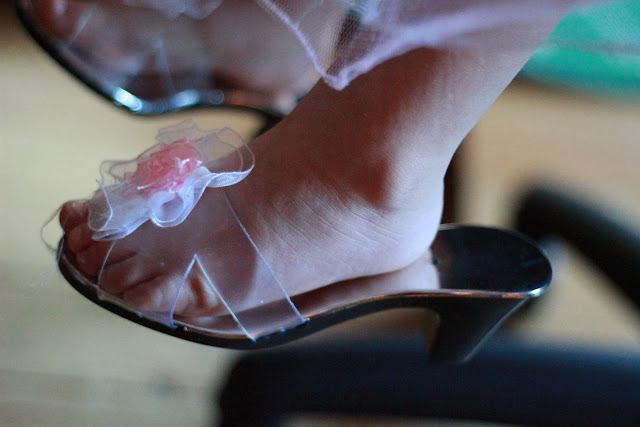 Or maybe some shiny new teeth to giggle through. 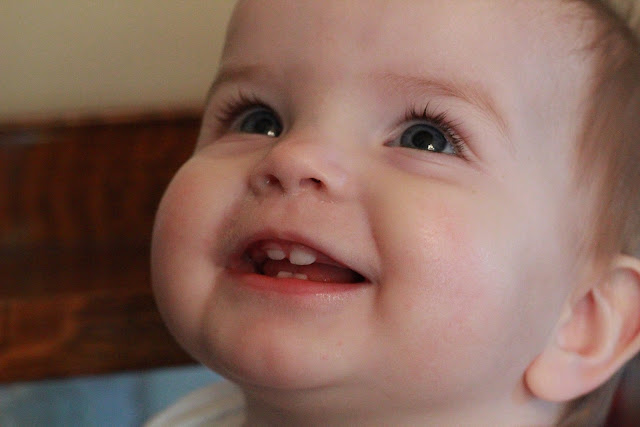 Because you know I'm clicking and giggling all over the place on account of all those check marks.
They're unprecedented.
Posted by Honour at 10:26 PM 4 comments: